Out of Character
:: Suggestions and Questions :: Have an idea?
Page 1 of 1 • Share

Shall we have a mythical side RP?

So I figured we could use a side RP when the large RPs are slow going. I also thought this would be a really cool thing to have on Mesozoic. So here it is:


What do you guys think about a Mythical RP? Basically there could be Vampires, Werewolves, and Lycans; others if we wish, but lets stick with those for now. I had an old RP called The Black Mansion where it was composed of The Black Mansion and had a plot dealing with a main character and the different races listed above. Here is the basic plot I had from an old topic I posted on another site so long ago:


Decades before Arane took heir to the Vampire Clan, the world was a different place. Rather than live in peace, Lord Kell brought war to the three main species of Mythical Creatures who dominated the world at the time: Vampires, Werewolves and Lycans. Kell thought that violence was better than peace. He believed that the races couldn't mix like that of the lycan's created from Werewolves and Vampires breeding together. To resolve this problem, Kell commanding his mass of Vampires against the Werewolves and Lycan and this resulted in a bloody war that resolved heavy casualties on both sides. The races turned on each other, and within ten years, no one had the armies or strength left to fight. Kell, exhausted, fathered a family and forgot about his desire to destroy the world. His son, Arch became head of the clan after his father died of a fatal disease and within Arch's rein, he kept the world at peace. He married the lady Alma and produced the child Arane who was to be the next heir to the throne. However, during the time of which Arane had taken the throne, a secretive group known as The Tryphs, were plotting something against the line of Vampires, and peace wasn't staying for long. The Leader of the Tryphs, Aros, was spying on Arane and her mother for her father had passed from an attack by the Tryph and now she must fight for peace once more, just as her ancestors before her.

We can make adjustments if this plot isn't the one we want to use. The timeperiod I aimed for with medevil like kings and queens age, but that could be changed too. Its up to you guys! There would be ranks for each race and all that too if we would like.

✞The Vampires✞
The Vampires exist together in a single group called a Clan. In the the clan there are ranks: The Arrow(AKA Head), the Adviser, the guards, and the peasants. You may find that neither rank has an easy task. They feed on the blood of both human and animal alike.

The Arrow - The Head is also know as the leader of the Clan. She controls all of what happens throughout the clan. She should be consulted if there has been a breach of the mansion, or problem between the clan members themselves.

The Adviser - The Adviser is someone who assist with political matters and organizing battle plans of the clan. He/she also give advise on strategy and decision making of the clans next move.

The Guardsmen - These Vampires patrol, defend, and ensure order about the Clan. They also control the whereabouts of the other species; what is out of bounds, rules of the mansion, etc. In this rank, consists of one Head Guardsman known as the Master Fighter. The Arrow and Master Fighter are close and the Master follows the Arrow constantly for he is the protector of his leader.

The Peasants - Peasants are consistent of servants and simply other vampires who carry no important rank. You could consider them as simply citizens of the Vampire race, defenseless some but they live their lives as they see fit.

☽The Werewolves☾
Werewolves are a group called a Pack. They change from man to a complete wolf on all fours. Their ranks include the following: Alpha, Beta, delta, and the omegas. These ranks are also challenging. They prey on normal prey of animals.

The Alpha - The Alpha is the leader of the pack. He is Dominant over all other wolves below him. He is responsible for his pack doings and the welfare of his family. He is strong, and always alert to happening throughout his pack.

The Beta - The Beta is the Alphas second in command. In the Alphas absence, the beta is in charge. The Beta enforces the rules of the pack and accompanies the alpha in battle and meetings.

The Delta - The Delta is the third in command. He takes over when the Beta and Alpha aren't available. He is responsible for arranging war patterns and keeping patrols out to watch the enemy and report to his superiors when trouble arises.

The Omegas - The omegas are the lowest ranking wolves who submissive to those above them. They are warrior, healers, nurses, caretakers etc. They are a vital part of the pack system.

☯The Lycans☯
These creatures are half human, half wolf. They are unlike Vampires or Werewolves. Instead of changing freely like that of a werewolf, it on;t changes on that of a full moon. Unlike vampires who look more human, the Lycans are monstrous creatures who have claws of a bear, fur of a wolf, and eat just about anything. They have no ranking system. All are treated the same although many different Leaders arise from them but none lasts for so long.

This was hastily done but yeah what do you guys think??? Vote on the poll! Opinions and ideas are welcome! 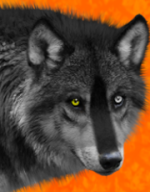 Re: Mythical Creature Side RP?

If the poll above does not allow you to vote, post a reply with your vote here instead! Sorry for the inconvenience!

Out of Character
:: Suggestions and Questions :: Have an idea?
Page 1 of 1
Permissions in this forum:
You cannot reply to topics in this forum
Log in